European printmaking has a significant history within the art world. However, art production has seen radical change and the graphic arts within that, especially those that are more traditional,often tend to lose selective functions and meanings. A part of the practice has therefore become more focused on a decorativeness and the market mechanisms of commercial galleries and fairs,whereas the other part is developing its message in line with today’s art events and the expressive possibilities of the new media. All those committed to the research, promotion,collection and/or production of fine art printmaking in Europe are confronted by this situation.

We need to question constantly where and how the graphic arts can be seen today, and where and how we could be putting more effort into their greater prominence in all areas of the artworld (research, critical thought, production).Included in the project are the coorganisers that have traditionally dealt with the research, promotion, collection and/or productionof modern and contemporary fine art printmaking and art publications.

The main objectives are:

2)       To enable artists’ creation and recognition outside their home country (residencies,workshops and exhibition)

3)       To contribute to greater international recognition of the institutions involved in the promotion, production, art education and collection of the graphic arts

4)       To establish a creative dialogue between artists, audiences, experts and institutions(residencies, workshops, conference)

The project is made up of the following activities:

3)       Workshops and events (preparation and execution)

The project will take place in five European countries. Included in the project are co-organisers that have traditionally dealt with the research, promotion, collection and/or production of modern and contemporary fine art printmaking and art publications.

DESCRIPTION OF THE ORGANISATIONS

The International Graphic Arts Centre (MGLC) is the organiser of the Ljubljana Biennial of  Graphic Arts, the oldest biennial of its kind in the world, which has existed since 1955. It puts on local as well as international shows of prints, works on paper and artists’ publications. It has an extensive collection of prints, consisting of donations and purchases of artists that have participated in the biennials, as well as Slovene authors, and an exemplary collection of artists’ books and other art publications. It holds workshops for the production of fine art prints and art publications, introducing a residency programme in the field related to its activities as of 2012. During its existence, the Centre has developed personal contacts and exchanges with Slovene and international artists and institutions, participating in several European projects within its specific field of activity. It brings tradition, knowledge, experience and connections to the project.

Hablar en Arte is a non-profit cultural  association founded in Madrid, Spain in December 2001. In its ten years of existence it has developed a large range of activities, bearing in mind the association’s two main lines of action: a) The conception, production and coordination of non-profit cultural events such as exhibitions, festivals and other cultural projects. Its main events are: Ingrafica an International  Contemporary Art Print Platform which curates, produces and promotes print art exhibitions throughout Europe; Lugares de Transito, an artists’ exchange programme with South American countries and the Curators’ Network, a union among European curators which aims to promote emerging artists without international promotion on a European scale. b) The dissemination and promotion of contemporary arts through the conception and elaboration of educational and pedagogical projects in collaboration with institutions and through the realization of a cultural radio programme.

FMC is an artist-in-residence programme focusing on printmaking. The centre’s mission is to provide a work community for graphic artists, to assist them with technical problems, to organize advanced courses under established artists, and to hold exhibitions with a view to contributing to the wider dissemination and greater appreciation of the graphic arts. It aims to create a local  meeting-point for the general public, artists and their work. FMC offers 3 different kinds of residencies: a general residency, a research-based residency and a residency for critical writing about printmaking. The international nature of the programme offers networking opportunities for local and international artists. The centre is an excellent base from which to connect with the (inter)national art scene, be it in the cities of Belgium or the neighbouring Netherlands, Germany, France and England. In this we offer a platform for interaction between residents from all corners of the world.

MMSU, Museum of Modern and Contemporary Art in Rijeka was founded in 1948. From its very beginning, the museum has been building its reputation as one of the most prestigious visual arts institutions in Croatia. Its programmes have included events such as the first group exhibitions of contemporary art in former Yugoslavia, which were held from 1954-1963 under the title of “Rijeka Salon”; Biennial of Young Yugoslav Artists 1960-1991; Biennial of Young Mediterranean Artists 1993-1997; a tripartite research-exhibition project entitled “Architecture of Modernism, Secession and Historicism in Rijeka” realized in 1996-2003; International Drawings Exhibition, organized regularly from 1968 to the present day and since 2005, Biennial of Quadrilateral. Due to its high standards, MMSU has been entrusted with the presentation of Croatian art and artists at prestigious international art events such as: Venice Biennale 1962, 1997, 2007, 2011; Sao Paolo Biennial 1967, 2004, etc.

The Foundation Tallinn Print Triennial (TPT) organizes contemporary print exhibitions in every three years. The history of TPT stretches back to the year 1968.  At that time Estonia was under the annexation of the Soviet Union where monumental art, sculpture and painting were much favoured. In the first TPT all three Baltic countries took part (Estonia, Latvia, Lithuania). This was a great breakthrough for Estonian printmakers. After the collapse of the Soviet Union, the TPT became  more international and started dealing with more contemporary issues and testing the limits of printmaking. In the 15th TPT (2011), 113 artists from 35 different countries took part . The Foundation Tallinn Print Triennial is a non profit, independent and non political organization which was founded in 1999 in order to continue organizing the TPTs. Till that time all TPTs were organized by the Estonian Artists’ Association.

We are responsible for:

* creating a collection of contemporary prints from all over the world;

* promoting and supporting the graphic arts through exhibitions, seminars, conferences, newsletters and on-line

This project has been funded with support from the European Commission 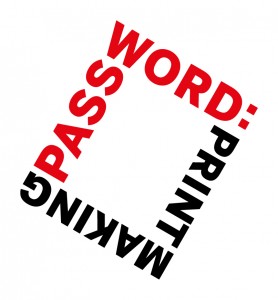